Buruli ulcer (BU) is a chronic necrotising skin disease. Children living in West and Central Africa are primarily affected by BU and most infections occur in remote regions where patients have limited access to appropriate medical care. This project aims to develop a simple point-of-care diagnostic test and efficient treatment for BU which can be easily implemented at the primary healthcare and community levels. Ultimately, the consortium seeks to prevent long-term suffering, stigmatisation and permanent disabilities in afflicted children in African BU endemic countries.

Buruli ulcer (BU) is a chronic necrotising skin disease caused by Mycobacterium ulcerans, triggering skin ulcers that continuously expand over extended periods if not treated appropriately. Children in West and Central Africa are primarily affected by BU, causing stigmatisation and permanent disabilities. Currently, disease control primarily relies on early diagnosis and treatment as transmission pathways and infection risks are still not clear. Efficient implementation of this control strategy is limited as most infections occur in remote rural areas where access to healthcare is very limited.

The first aim of this project is to develop a simple point-of-care diagnostic test for BU that will be accessible at primary healthcare and community levels. The consortium will develop an immunological-based diagnostic which will be sensitive and quantitative with an electrochemical readout.

The current standard therapy for BU, consisting of daily administration of two antibiotics over eight weeks, is not sustainable in afflicted remote areas. Therefore, a simpler and faster treatment is an indispensable need in these communities. The consortium’s second aim is to implement a short and fast-acting therapy for BU that can be administered as a single dose and whose chemical composition aims to reduce the probability of emergence of drug resistance.

Overall, this research will enable a simple diagnosis method and rapid treatment for BU, preventing long-term suffering and permanent disabilities in afflicted children in West and Central African countries. 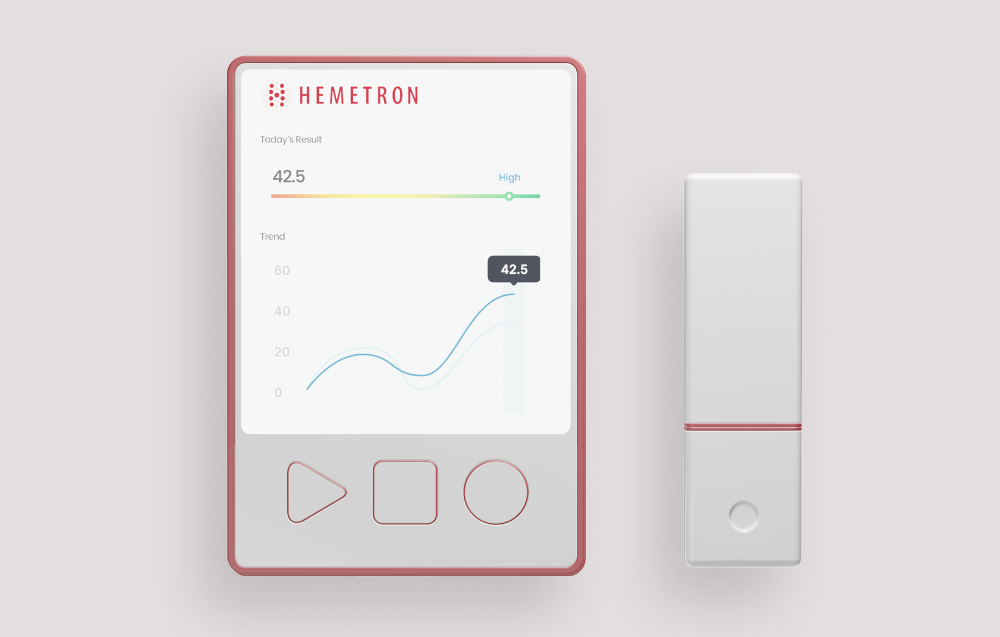 The Hemetron Electrochemical Lateral Flow Assay (HEFLA) will improve diagnosis of BU. After the typical test lines on a rapid test develop, this method dissolves these test lines into millions of ions and quantifies those ions using the Hemetron readout device. The resulting rapid test is accurate, fast and low cost. Image: Hemetron AG.